Meagan Davis and Damocles HLF, a 12-year-old Oldenburg gelding (Diamond Hit – High Society, Connecticut), impressed the judges during the Prix St. George Open Championship, earning a 71.176%. The duo showcased their beautiful partnership with highlights in the canter half-pass zigzag, as well as the flying changes to garner the winning title. 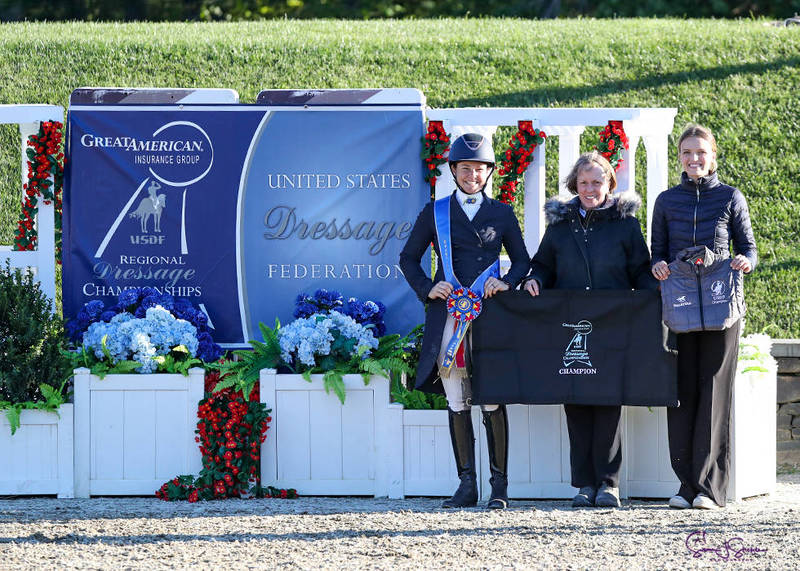 Davis and her father found Damocles HLF as a 2-year-old, and they have been building their partnership ever since. “He's very smart, and he knows when it's time to turn on the shine and be a star,” she said. “He can be a little bit tricky on the ground to handle, but under saddle when he goes in the ring, 99% of the time, he does his job very well.”

Returning to HITS-on-the-Hudson is always fun for Davis, who grew up in Stone Ridge, New York, just 30 minutes from Saugerties. “It’s always really fun to come back here and compete,” she noted. “It's one of our favorite shows because we get to see so many of our friends from across the region. You get to hang out with your friends and show your horses – what else could you want?”

During the Prix St. George Adult Amateur Championship, Humphrey earned a 69.412% aboard J’Adore, a 10-year-old Hanoverian gelding (Jazz - Daylight, Donnerhall). With just one test over the weekend, Humphrey knew the pressure was on to lay down a clean test. Despite J’Adore being a bit tense in the warmup, the talented gelding leveled out in the show ring and delivered a beautiful ride with highlights in the pirouettes. 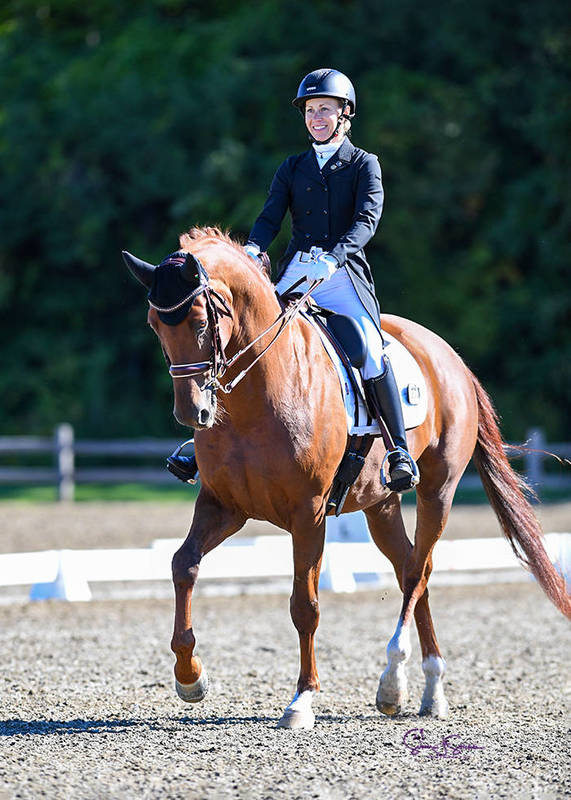 This is only the pair’s third horse show together, and Humphrey was thrilled with their progress this year. “Since our first show in the spring, I've worked my butt off every day with him, trying just to be a better rider for him,” she commented. “I had two separate trainers who saw our first show come up and tell me how much more in sync we were at this show, which meant a lot because we've been working so hard at home. He is the most fun, most forgiving, most charismatic horse you could ever hope to ride. He's perfect, so it's just about being a good rider for him!”

Humphrey concluded, “I love HITS, and I feel like the horses love HITS. The horses always feel like they have the most foot confidence there, and everyone is so nice. I've never even been in a victory circle getting any ribbon, so to win in this enormous class of beautiful horses – it is going to be a memory that I will never, ever forget. The whole day, start to finish, was just magical for us!”