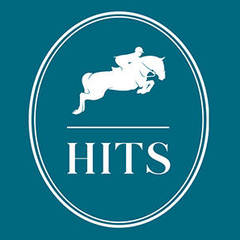 View the full calendar
HITS » About

HITS LLC is the leading producing hunter/jumper horse shows, as well as dressage competitions, in the United States. Based in upstate New York in the village of Saugerties, HITS produced its first horse show circuit in Gainesville, Florida in 1982. Since then, HITS has grown into a nationwide company with world-class events in Florida, New York, Illinois, Vermont, Virginia and soon California.

HITS president and CEO, Tom Struzzieri, talks about HITS, its origins and rich history in the Horse Capital of the World at the HITS Ocala Winter Circuit.

The key to HITS' success is its strategy of producing a series of horse shows over continuous weeks, in desirable destinations, with first-class competition facilities and unmatched professional operations. Additionally, the company offers competitive opportunities for riders in a broad range of ages and skill levels.

HITS was founded by Thomas G. Struzzieri over 40 years ago, and in 2022 was purchased by Traub Capital Partners to revitalize the legacy of the company with a renewed focus on customer experience. HITS has a professional, full-time staff of 35 employees, including a complete administrative staff, located at the company's headquarters in Kingston, New York. Their level of experience and dedication guarantees superior execution of the details of all HITS horse shows.