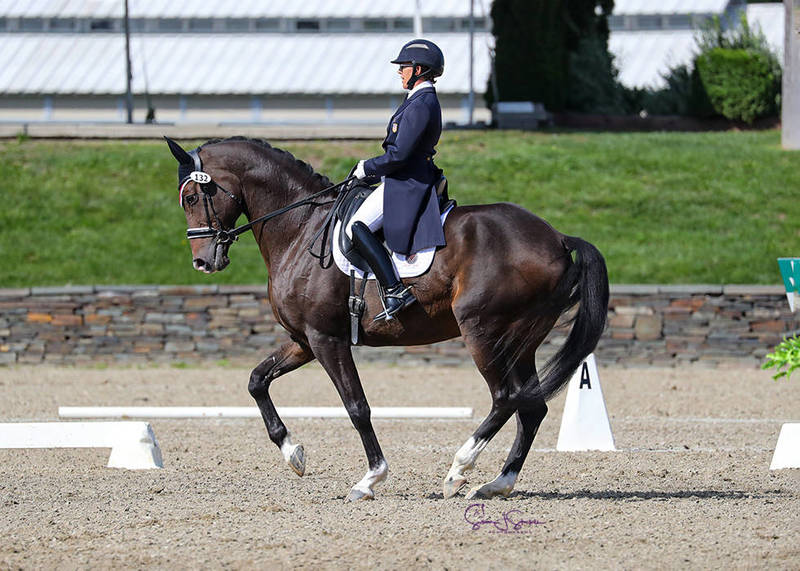 Mason has known RTF Lincoln since he was a baby, took over the ride about five years ago, and made the pair defending champions at both the regional and national levels. “He really likes to show,” she said. “He's pretty difficult at home – he's not very consistent at home, but he turns it on in the show ring. I just have to trust that he'll do that, and he's really never let me down in the ring – he's been super!”

The Fourth Level Open and Freestyle Championships were also won by Mason, aboard New Beginnings (Nimbus-Pamela), a 9-year-old Oldenburg gelding that she bred, with scores of 70.139% and 73.467%, respectively. “He is pretty quirky on the ground,” she noted. “He has a very strong flight reflex, so he is a little difficult that way, and we have to be very careful he doesn't get scared, but he is wonderful under saddle. I was not planning to take him to [the Finals in] Kentucky, but when you're riding him in the ring he tries so hard. He's just a trier, so he did very nice tests, so I think I am going to take him to Kentucky as well!” 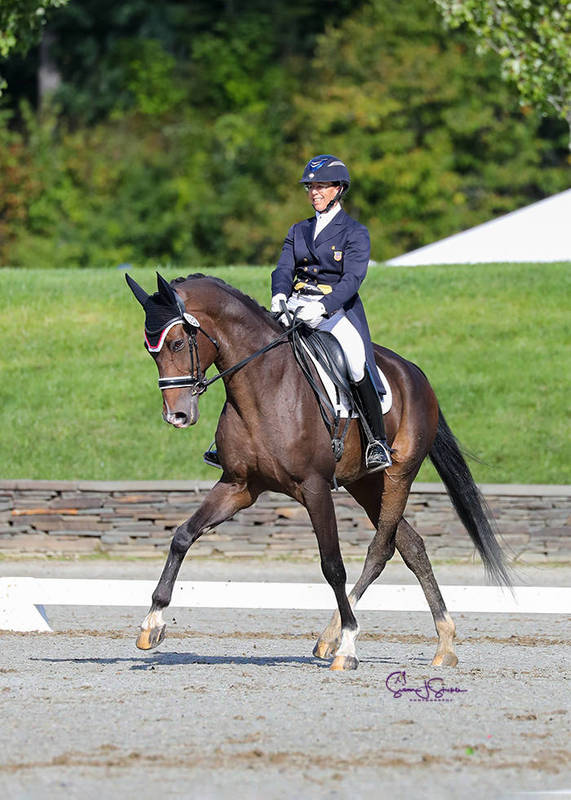 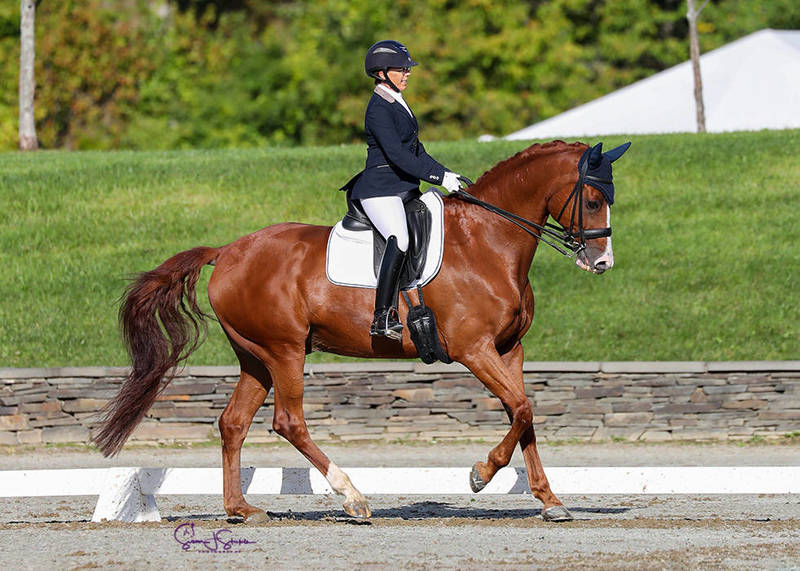 Taking home nine titles made the Region 8 Dressage Championships extra special for Mason, who enjoyed competing at HITS-on-the-Hudson. “I think it's wonderful that the volunteers and the management do this, and it was a smooth-running show,” she concluded. “I love the show, and I think they did a terrific job!”