Thermal, California (February 27, 2015): John Bragg — who has already won four Devoucoux Hunter Prix during the 2015 HITS Desert Circuit — claimed his fifth victory on Friday, this time riding Cindy Fox's London, with scores of 85.5 and 85 to total 170.5. To top off a sensational day for Bragg, of Woodside, California, he also took third place on Lukatoni, owned by Pamela Moellenhoff, with scores of 83 and 84 to end with 167.

Jenny Karazissis made a strong play on Tip Top, owned by Gail Haft. Karazissis of Calabasas, California, earned the highest score of the first round with an 86.  Her second round score of 82 nabbed her second place, with a total score of 168.

Haft, of Corona Del Mar, California, said this is Tip Top’s week at the circuit. “Jenny Karazissis rode him beautifully,” she said. “He's in the first year-green; last year he went in the pre-greens. I imported him from France with Mary Morrison as a 3-year-old. My trainer, Mary Morrison suggested he be entered in the prix. I wasn't sure how he was going to do.”

Bragg, a top trainer of hunters when he isn't in the saddle himself, said of the course, "Being able to go up and down the banks is awesome, it's nice to have the opportunity for a challenging course and it breaks up the circuit a bit. This circuit has been special and great for me and my clients."

The talented blend of professional, junior, and amateur competitors in the class raises expectations for the upcoming Diamond Mills $500,000 Hunter Prix Final, for which the Devoucoux Prix is a qualifying event. All eyes will turn to the Diamond Mills showcase, when hunters will compete for the prestigious prizes of the HITS Championship in Saugerties, New York, September 2-6, 2015. 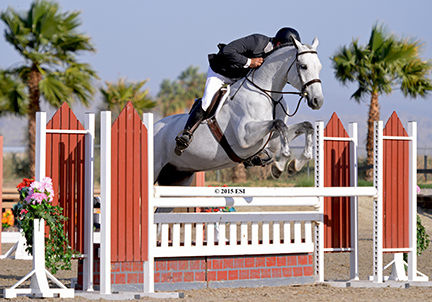 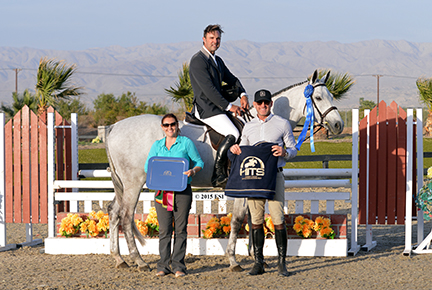 Stephanie Ray won her second $1,500 Platinum Performance Hunter Prix this year at the HITS Desert Circuit on her own Castle Hill. In a large class of 35, a strong first round score of 84 from Ray, of Bend, Oregon, coupled with 79 in the second round, was just enough to hold off second place Leila Templin, of Kelowna, British Columbia, on Bill Ulmer's Beach Drive, who earned scores of 79 and 83.

Ray's combined total of 163 gave her the top finish only one point ahead of Templin's total of 162. Gillette Brescia, of Sonoma, California, took third place, five points behind the leaders at 157, on Dorli Burke's Czolitude. 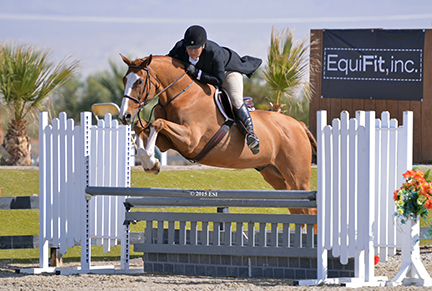 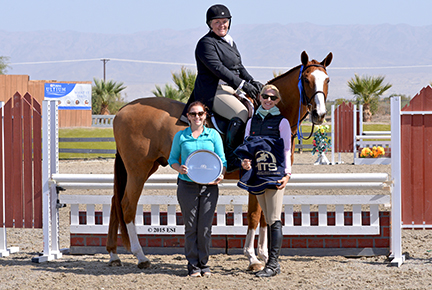 About Devoucoux
Devoucoux, maker of fine French saddles, is proud to be the title sponsor of each and every qualifying Hunter Prix leading up to the phenomenal Diamond Mills $500,000 Hunter Prix Final. Devoucoux offers a wide range of saddles in many colors and sizes and matching accessories. Devoucoux craftsmen are devoted to creating beautiful products that reflect their obsession with quality and lovingly finished work. For more information on Devoucoux, visit devoucoux.com.