THERMAL, California (March 1, 2015) – Top Irish rider Greg Broderick made waves at HITS Thermal this past Sunday in the $50,000 Horseware Ireland Grand Prix with a down-to-the-wire victory on Irish Sport Horse Going Global, owned by Caledonia Stables. The pair claimed the blue with less than two-tenths of a second lead over second place winner, Richard Spooner, on Chivas Z, owned by SN Stables, LLC.

Broderick, of Thurles, in the County Tipperary, went third in the six-horse jump-off, and took the first place position, which he held onto, with a double-clear time of 46.749 seconds setting the Great American Time to Beat. Spooner, of Agua Dulce, California, went next, also clear, clocking in at 46.907. John Perez Bohm, of Guadalajara, Mexico, was last to enter the ring, on his own Utopia, and finished clear in 48.362 to take third. In total, six of the class’ 35 horses made it to the jump-off, with four clean, one with four faults, and one eliminated.

Broderick, the November 2014 Showjumping Ireland National Champion, said of the Sunday’s Grand Prix, “It was a nice course. There was a careful combination with two tight verticals coming out of it. Coming towards home there were some open distances, but my horse has a big stride so that made my life easier.”

With his sights on the upcoming AIG $1 Million Grand Prix, presented by MortgageCall, on Sunday, March 15, Broderick will face tough competition, including Rich Fellers, John Pearce, Ashlee Bond and eight-time Grand Prix winner Olympian Will Simpson. Two more Grand Prix take place this week as riders prepare for the AIG Million, and the field of competitors is shaping up to be one of the strongest yet.

Genearal admission tickets are on sale now for the AIG $1 Million Grand Prix, presented by MortgageCall, Sunday, March 15! General Admission tickets are $10 per person. Children under 12 are free. To get your tickets, stop by the HITS Desert Horse Park Show Office or call the office at 760.399.9200. Tickets are also available for purchase at the Main Gate on the day of the show. For more spectator informaiton, click here. 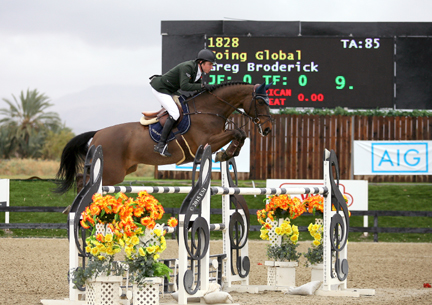 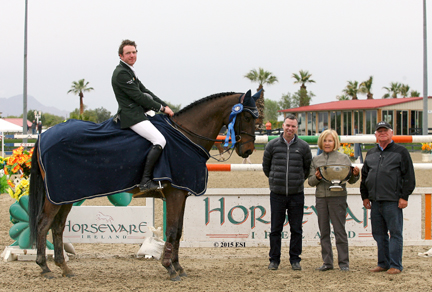 Federico Fernandez Senderos handily took the $10,000 Junior/Amateur-Owner Jumper Classic High, presented by VETERA® XP Vaccines Sunday, owning the only clear first round on his own Pyrenes de Louze. Senderos, of Mexico City Mexico, went second-to-last and finished the round in 89.113, out of the allowed 93 seconds. Second-place winner Andrew Chang, of Pacific Palisades, California, went just prior to Senderos, and finished in 89.241, with the fastest time of riders with four faults. Stephanie Meyer, going fifth in the round, finished third on her Caspar with four faults in 90.27 seconds, going fifth in the round, and Senderos picked up fourth on his Pacifico with four faults in 91.194. 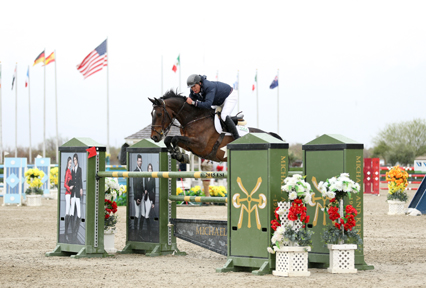 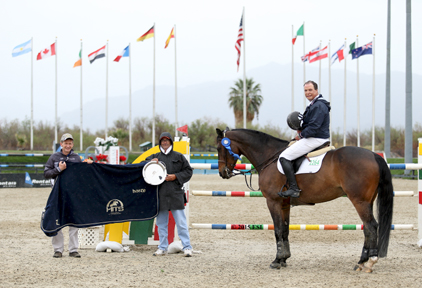 Horseware was founded in Dundalk, Ireland in 1985. After months of researching and hand-stitching, the original “Rambo” turnout blanket was born, setting the standard for modern blanket design. Horseware has grown to become the world’s most trusted producer of horse blankets. Today, the “Rambo Range” is still made with the same attention to detail and quality material used in 1985. Through innovation, Horseware Ireland continues to evolve, aiming to a make a difference in the lives of horses and their owners. For more information, visit horseware.com.

Boehringer Ingelheim Vetmedica, Inc. (BIVI), makers of Vetera® XP Vaccines, is the U.S. animal health division of Boehringer Ingelheim Corporation, a family-owned company founded in 1885 in Ingelheim, Germany. Over the past 25 years, BIVI has supported its growth through research and development of innovative products for the livestock, equine and companion animal markets. Innovation and research are the keys to BIVI success. Dedicated to improving the lives and well-being of animals, BIVI continues to seek ways to further research and develop optimum solutions for the animal health industry.